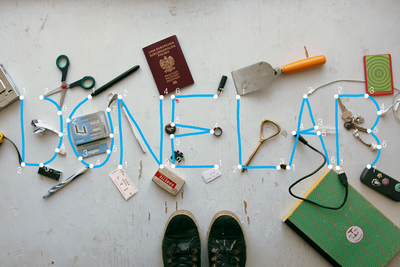 A series of activities will comprise Done Lab, for anyone who struggles with unfinished letters, art, relationships, projects, writings, crafts, academic work, or other not suitably implemented ideas. Everyone (individuals and groups) is invited to come along, and in a supportive environment, find encouragement to make a new sense out of the unfinished past, in the reflective context of the present. Done Lab doesn't maintain ideas which are insensitive to current influences, not will matters be strictly implemented in already known, presumed, trite manner. Done Lab can deliver a working space (most likely in the Ptarmigan area), mental support, crew members, advice, and whatever else is needed and available to make things done. All processes will be carefully reflected upon and pushed until the very end.

The activities of Done Lab are spread among: