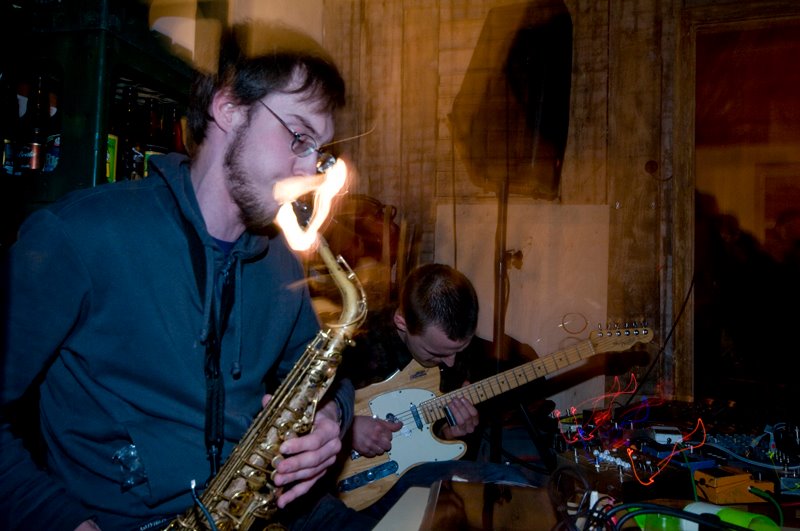 Ilia Belorukov first came by way of Ptarmigan three years ago, when he performed at our first-ever event. Since then he's become one of the leading improvisatory voices in Russian music, performing solo and in various groups. As a saxophonist, Belorukov is unparalleled in skill, reaching the outer limits of the instrument. He also works electronically, and is often found using a laptop or other electronic processing on his saxophone, or without the sax.

Tonight Ilia collaborates with Edgars Rubenis, a similarly prominent improvisational musician from Riga, Latvia. Edgars plays in the group Mona de Bo and recently headlined the Servataguse Muusika festival last year in Tallinn, in a trio with Alexei Borisov and Olga Nosova. Edgars free-rock-noise guitar stylings are wild and unpredictable, and with Ilia, two of the Baltic region's brightest stars burn together.

KIWA is multichannel meta-artist, lives and works in Estonia and Asia. He actively explores and blends different media, from conceptual objects to total audiovisual environments: all together functioning as a hypertextual research of meaning-making and cultural codes on different levels, collective and personal myths. He has been participating more than 300 exhibitions and festivals and held 30 solo exhibitions. KIWA is also active as lecturer in the Estonian Academy of Arts (since 2006) and curator (since 1999), promoting interdisciplinary and research-based projects of the younger generation of Estonian artists. He published three books and the anthology of estonian experimental literature. Last year he also finished his first full-length documentary movie “Wariazone” (with anthropologist Terje Toomistu) about Indonesian transgender phenomenon. He started experimenting with sound in the late 80s, was involved some of the fastest punk-bands in the 90s and moved to the experimental sound explorations around 2000 when he initiated a series of sound-art/multimedia events with a code name “Metabor". 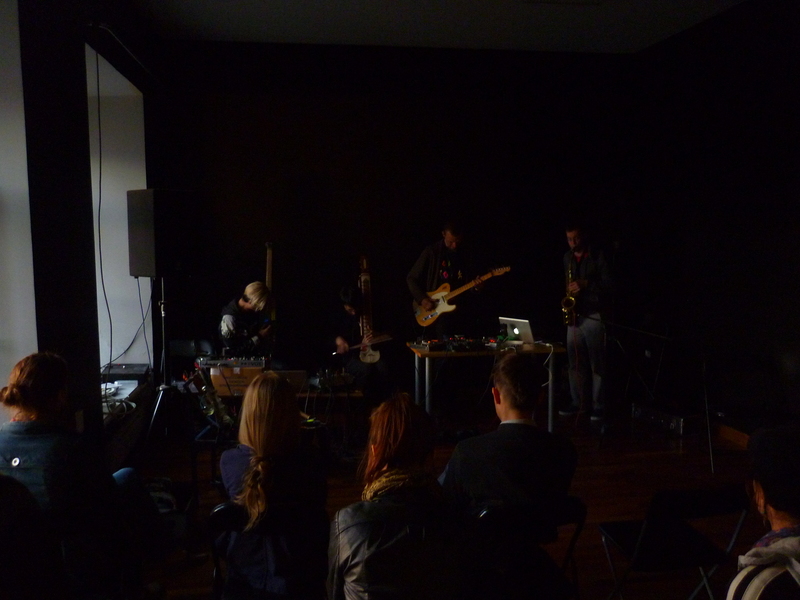