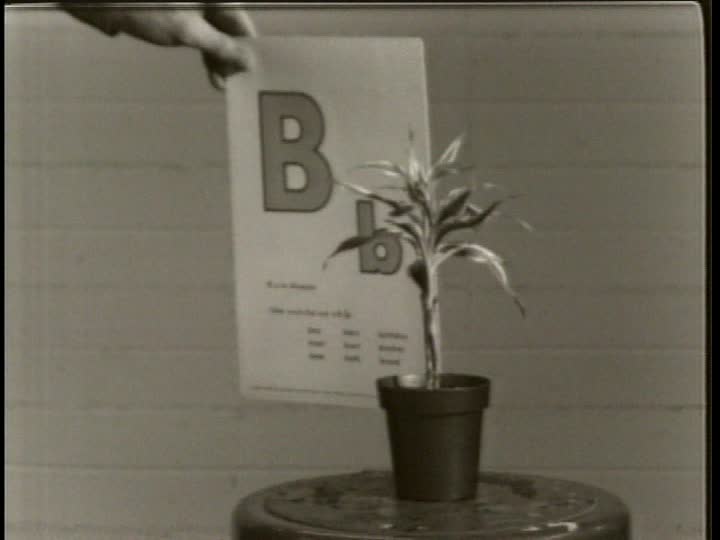 It's LEAP DAY! Only every four years do we get to enjoy the pleasure of the 29th of February. Let's celebrate by watching some similar odd films. Tonight, Liminal Images will screen films/videos that employ elements of absurdity, humour and randomness.

Images from magazines and colour supplements accompany a spoken text taken from ‘Word Associations and Linguistic Theory’ by Herbert H Clark.  By using the ambiguities inherent in the English language, Associations sets language against itself.  Image and word work together/against each other to destroy/create meaning.  -- johnsmithfilms.com

Probably the most absurd thing ever created; I've watched this countless times and still find myself struck with amazement at the "fuck it" attitude throughout, the most brilliant use of found footage ever (sorry, Bruce Connor), and the never-ending amusement of the boat game at the centre. Bleu Shut, for me, is not just a product of the (wonderful, iconic, and no longer possible) era, but an artistic call-to-arms.  -- Ptarmigan

A dadaist explosion that starts as a typical Hollywood travelogue of Stockholm and ends in the city's total destruction by fire and dynamite. This is a hilarious anarchist film; made by the then unknown Hulten now director of Stockholm's Museum of Modern Art. In a particularly subversive scene, the fire engine, arriving at a fire, goes up in flames.  -- Amos Vogel, Film as a Subversive Art

“[A] rather perverse exercise in futility,” this tape documents Baldessari’s response to Joseph Beuys’s influential performance, How to Explain Pictures to a Dead Hare. Baldessari’s approach here is characteristically subtle and ironic, involving ordinary objects and a seemingly banal task. The philosophical underpinnings of Baldessari’s exercise are structuralist theories about the opaque and artificial nature of language as a system of signs. Using a common houseplant to represent nature and instructional flashcards to represent the alphabet, Baldessari ironically illustrates this theorem. That language is the structuring element of the tape—the length of the tape was determined by the number of letters in the alphabet—enforces the connection between language and art, a recurrent theme in Baldessari’s work.   -- VDB

Programme for 'Absurdity' This handout was distributed at the 'Absurdity, part 16' Liminal Images event.