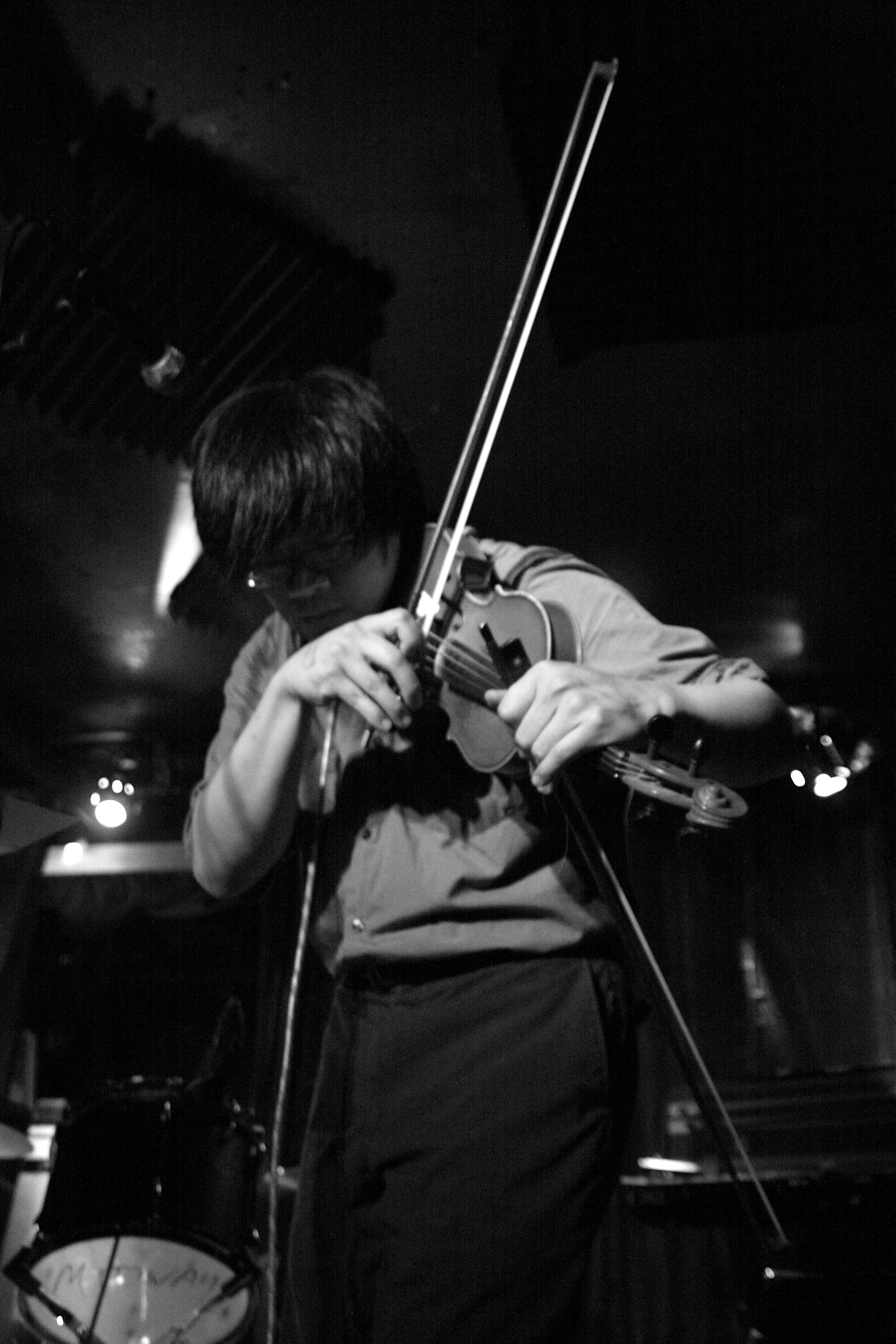 C. Spencer Yeh was born in Taipei, Taiwan 1975, moved to the US in 1980; studied radio/television/film at Northwestern University, and is now based out of Cincinnati, Ohio. Musically, Yeh is active both as a solo and collaborative artist, as well as with his project, Burning Star Core. As an improviser, Yeh is focused on developing a personal vocabulary using voice, violin, and electronics. As a composer, Yeh works fluidly in and outside of genre and language developed both formally and colloquially. He is concerned not only with the sensual aspects of 'sound organization,' but the gestural qualities as well. Yeh has collaborated with a deep and ever-growing list of artists and groups, including Tony Conrad, New Humans with Vito Acconci, Thurston Moore, Amy Granat with Jutta Koether, Okkyung Lee, Graveyards, John Wiese, Chris Corsano, Lasse Marhaug, Don Dietrich and Ben Hall (as The New Monuments), Clare Cooper, Nate Wooley, Prurient, and Jandek. He has performed at festivals and venues such as Sonar, FIMAV at Victoriaville, Frieze Arts Fair, Issue Project Room, No Fun Fest, High Zero, the 24 Hour Drone People at Fylkingen, The Kitchen, ZKM Karlsruhe, and has also exhibited visual art, sound, and video works internationally.  His first solo museum exhibition opened Fall 2009 at the Contemporary Arts Center in Cincinnati. [photo by Nikki Sneakers]