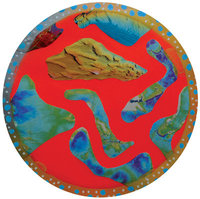 Kemialliset Ystävät is an experimental music group run by Jan Anderzen since 1995. The line-up and the work methods of Kemialliset Ystävät are in a constant state of flux. The group has been actively performing in Finland and abroad at festivals, art centres, galleries, cellars, planetariums. One of the most recent concerts took place at the Helsinki swimming stadium where the audience was floating in a pool while enjoying the music through underwater speakers. Kemialliset Ystävät and its branches have released dozens of recordings around the world. The group is internationally one of the most well known Finnish acts in their field.

LISTENING EVENT
Fonal Records will release the next Kemialliset Ystävät album titled "Ullakkopalo" in the summer of 2010. The album has been meticulously created during the last two years. It contains music that is extremely dense: the tracks consist of dozens of layers of sounds and instruments. "Ullakkopalo" requires listener’s full attention and preferably also good audio equipment and sufficient volume. Since such conditions can rarely be found at peoples homes and since recreating the music live is near impossible the idea of listening events was conceived. We want to revive and re-invent this way of spreading music. It is also a tribute and a recovery attempt to the death sentenced phenomenon, the album as an art form. In spite of this the project is not intended as mere nostalgia: the music itself is radical, fresh and has the smell of the zeitgeist.

TALKS
Before the album there will be a few lectures on interesting and educational topics. Presentations last approximately 20 minutes each. Writer, composer and sound artist Petri Kuljuntausta speaks on the topic of animal music, Lars Mattila who also plays on "Ullakkopalo" will tell about hidden architecture in its various manifestations. In addition there will be a surprise performer. The talks will be in Finnish.

Events are free, donations are welcomed.